One easy trick to get your business growing!

Are you not feeling motivated? Is your team not growing? Did you once feel the fire of doTERRA and it's powerful message but now all you think about is bills and how you CAN'T. Then you must have never been to convention. doTERRA Convention is MORE than it's cracked up to be. Read what three first time Convention attendees had to say:

“As a first time attendee I wasn't sure what to expect walking into convention. I knew it would be a cool experience from what I've heard from other advocates....but nothing would prepare me for the emotional awakening that occurred. You walk in and not only does it smell good....the vibe feeeeels good. I'm normally not a crier, or very affectionate....but by Saturday I was hugging strangers and crying with my team. Thank you doTERRA, for breathing life and hope into the uninspired...I was able to leave Utah with a heart filled of joyful fire to bring change!”

"My first time at Convention was absolutely mind blowing! I was taken in by our amazing team with such love and care, and the things I learned over those three days, I cannot put into words. I wish I had come to convention since the first year that I was with doTERRA, but I know I'll be at Convention from now on! I will be encouraging every single person on my team to join me next year! Thank you doTERRA and the Truman Team for an incredible time I will never forget!"

"Information overload is an understatement for Convention 2017! I sat on the edge of my seat the whole time! The hubs video taping, me snapshotting screen shots and scrambling to take notes in hopes to capture just half of what was given! It's humbling and thrilling to be a part of the biggest most impactful change not just for America but for the world! Most importantly, this change is not just for healthcare, positive life style change, but also for humanity and the future for the world! Thank you doTerra and every sweet soul who says 'yes' to being a part of the biggest, most positive movement in the world!”

Do you want to become a Diamond??? READ THESE New Diamond's Advice! 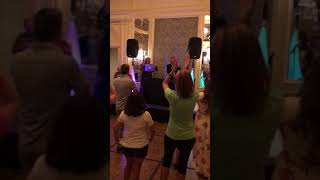 One easy trick to get your business growing!